From amino acids to peptides to proteins: an overview

Learn (and learn to love) your amino acid alphabet 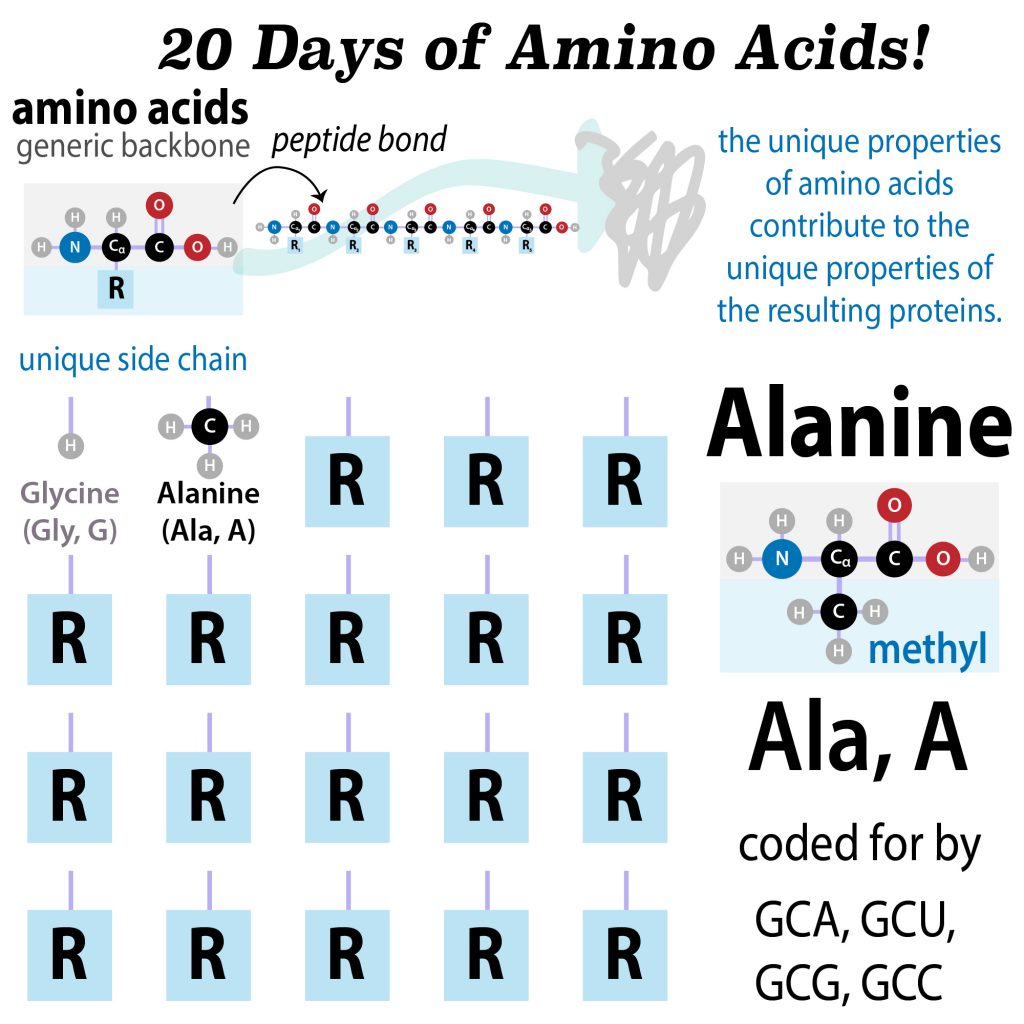 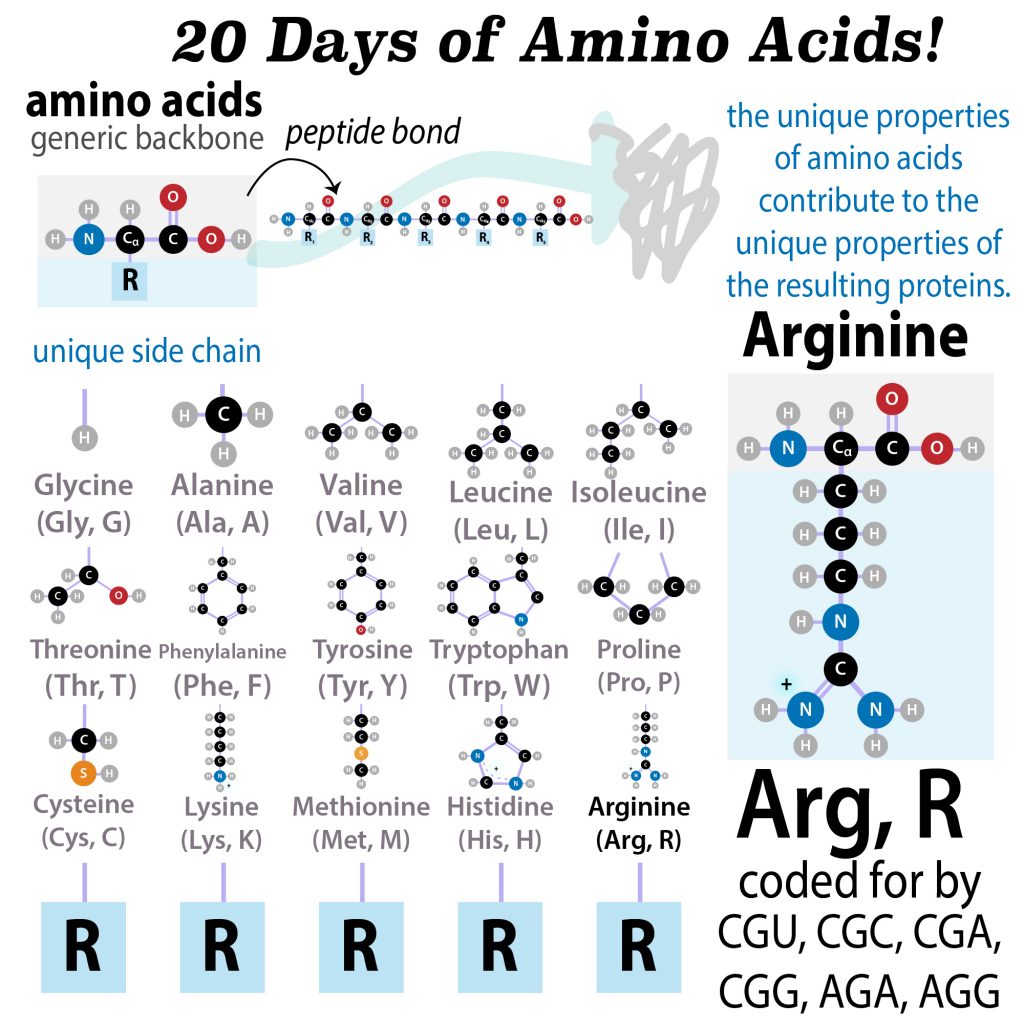 Arginine, basic vs. acidic amino acids
Arguing about arginine? And what “basicity” means? Today I want to introduce you to the last of the “basic” amino 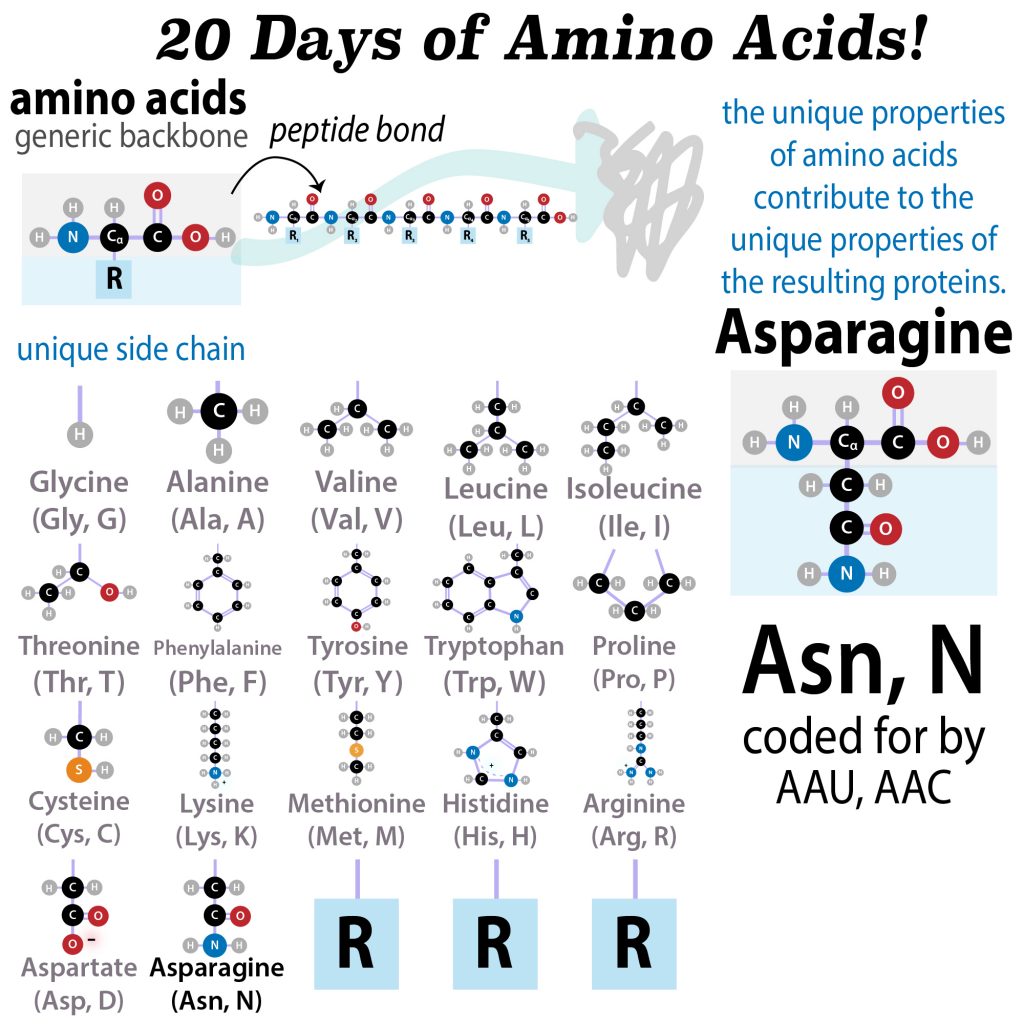 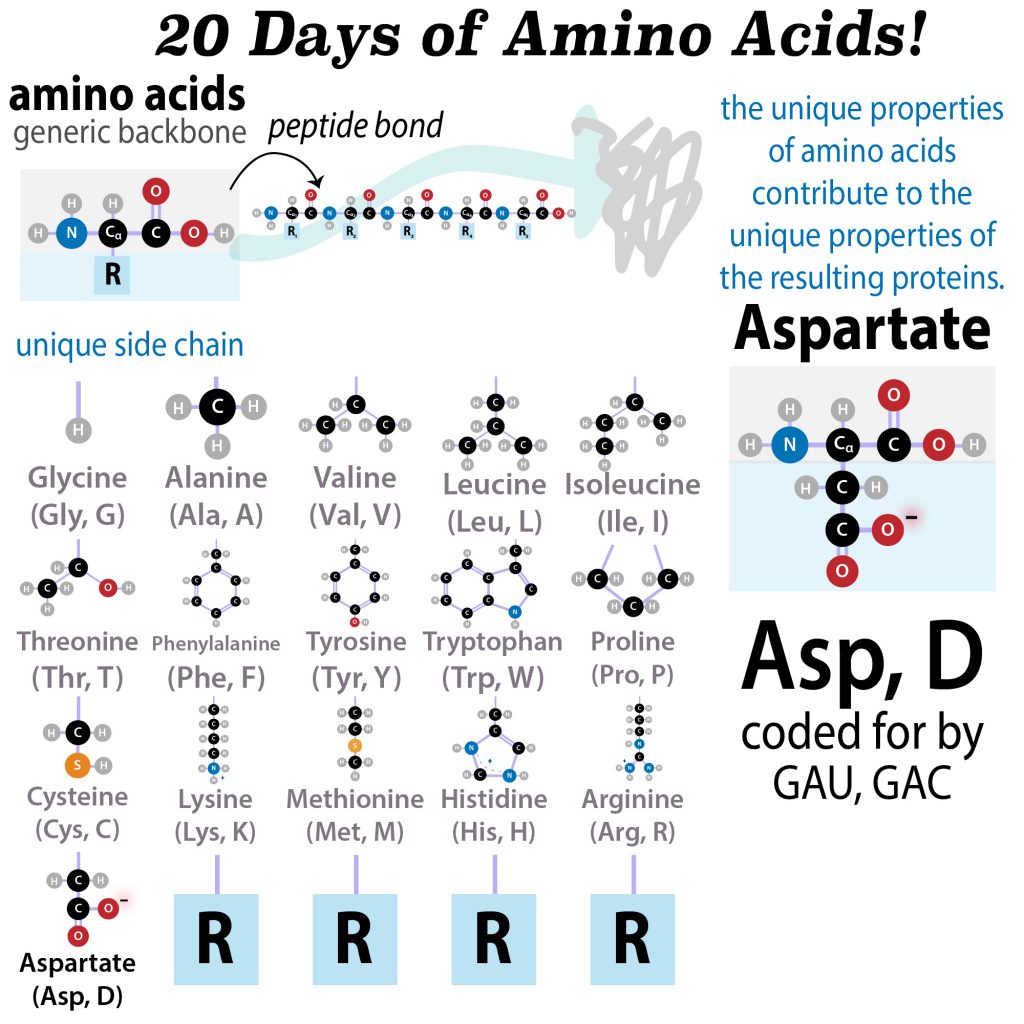 Aspartate, the malate-aspartate shuttle
Dream small! You don’t hear that said a lot, but I’ve always been more interested in the super close and 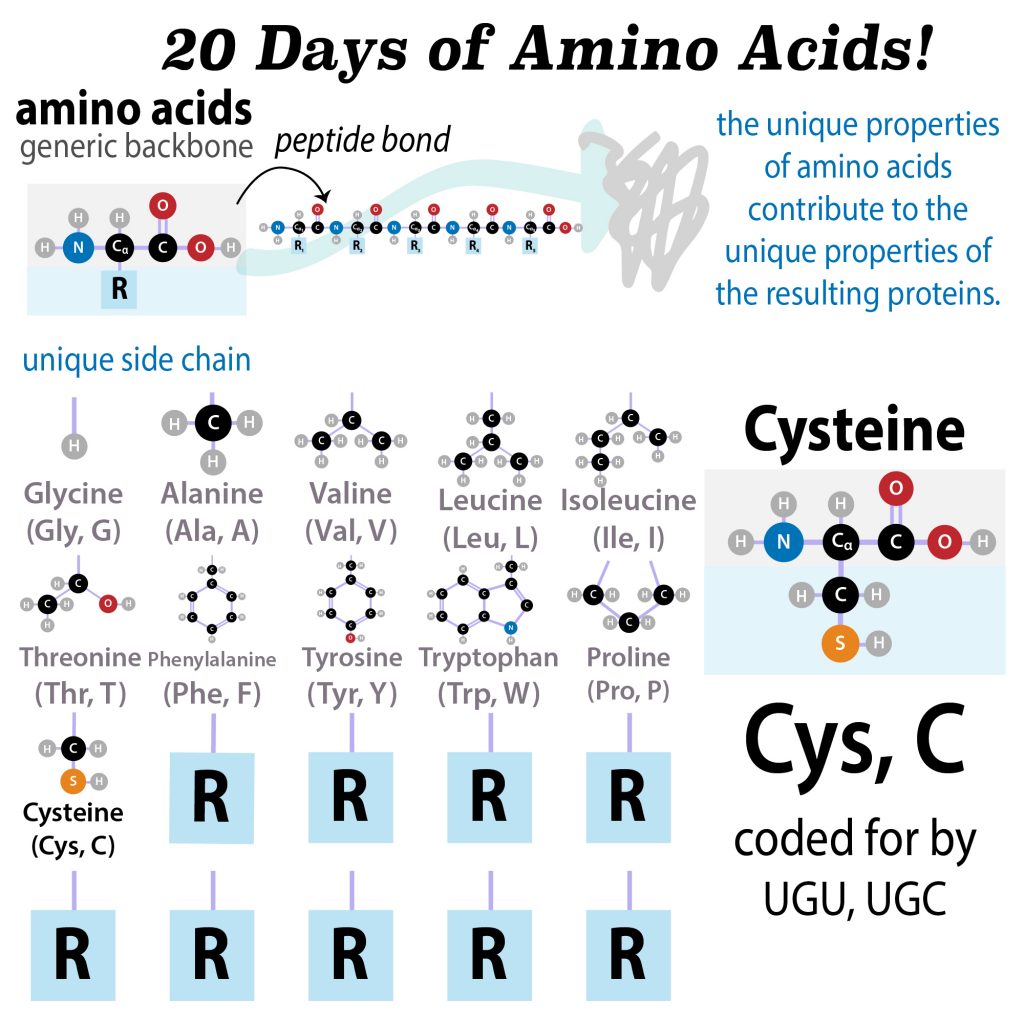 Cysteine – disulfide bonds, reducing agents, perms
The Sistine Chapel wasn’t built in a day, but thanks to the amino acid cysteine (Cys, C) your hair can be 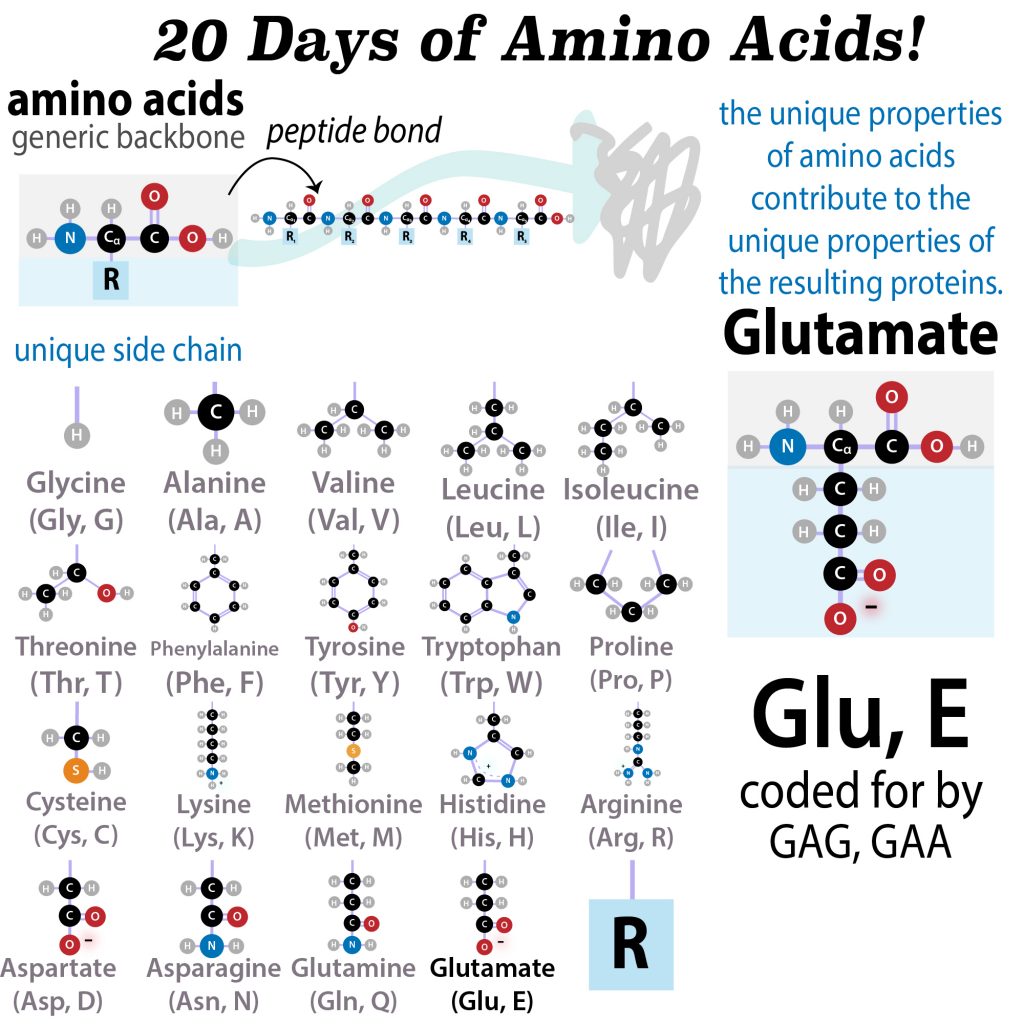 Glutamate, ionic “bonds,” salts
MSG? Fine by me! It’s just a salt of glutamate, so why does everyone gotta hate? From giving food its 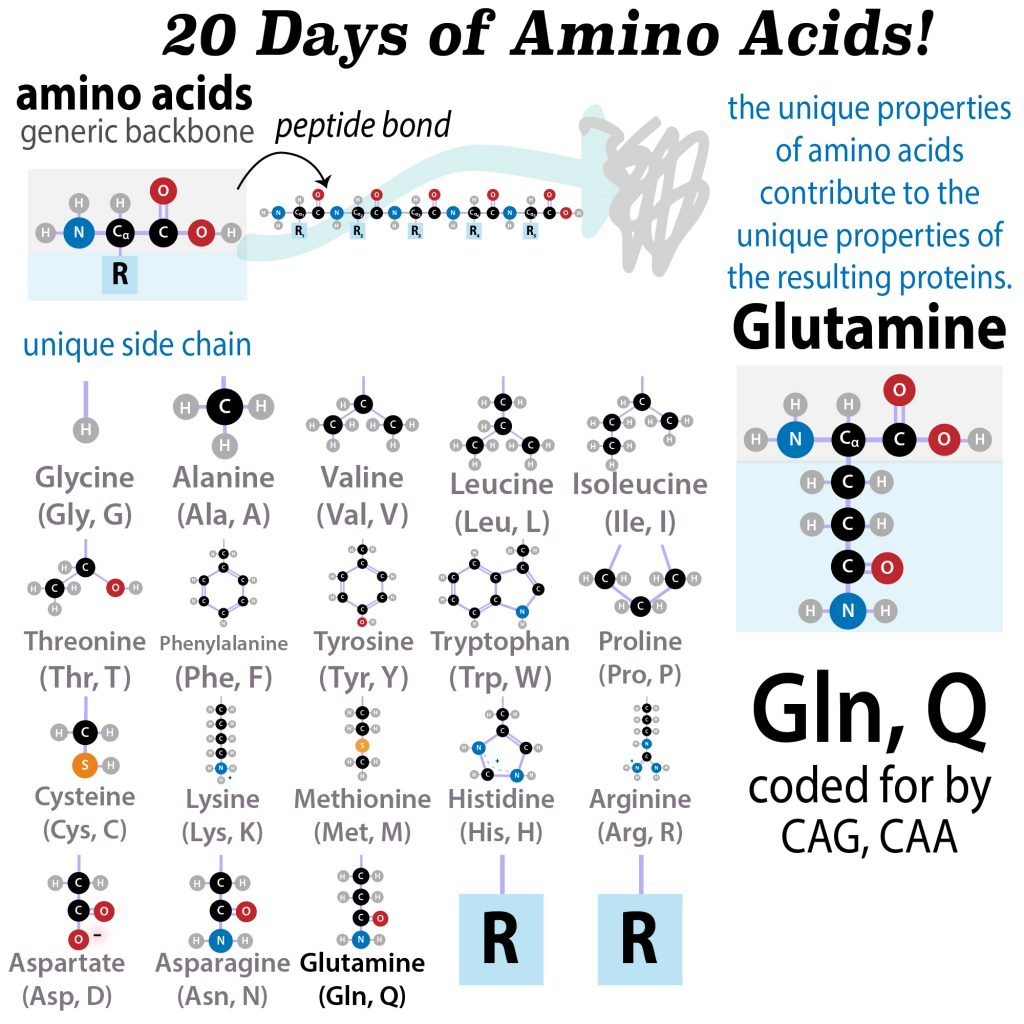 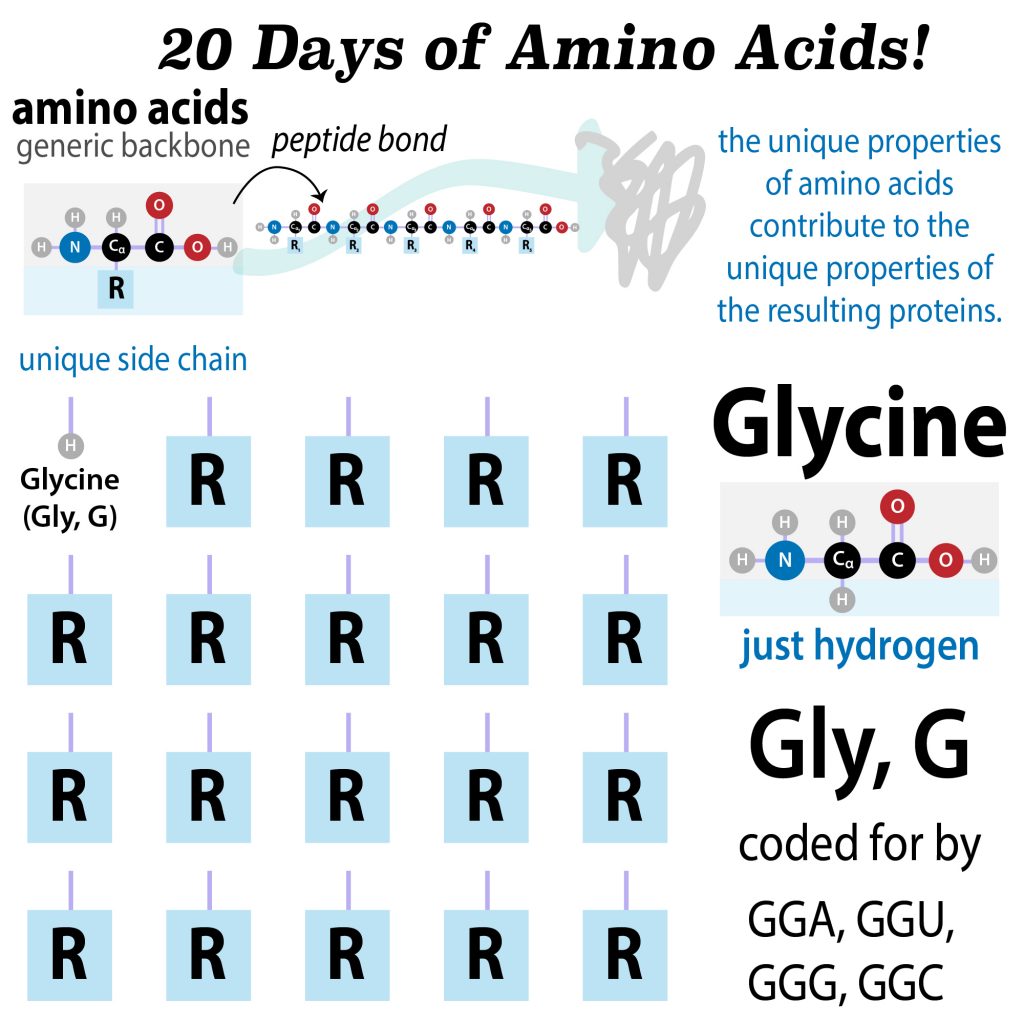 Glycine and early protein chemistry research
I scream, you scream, we all scream for glycine! It’s the smallest protein letter (amino acid) ever seen! Though it 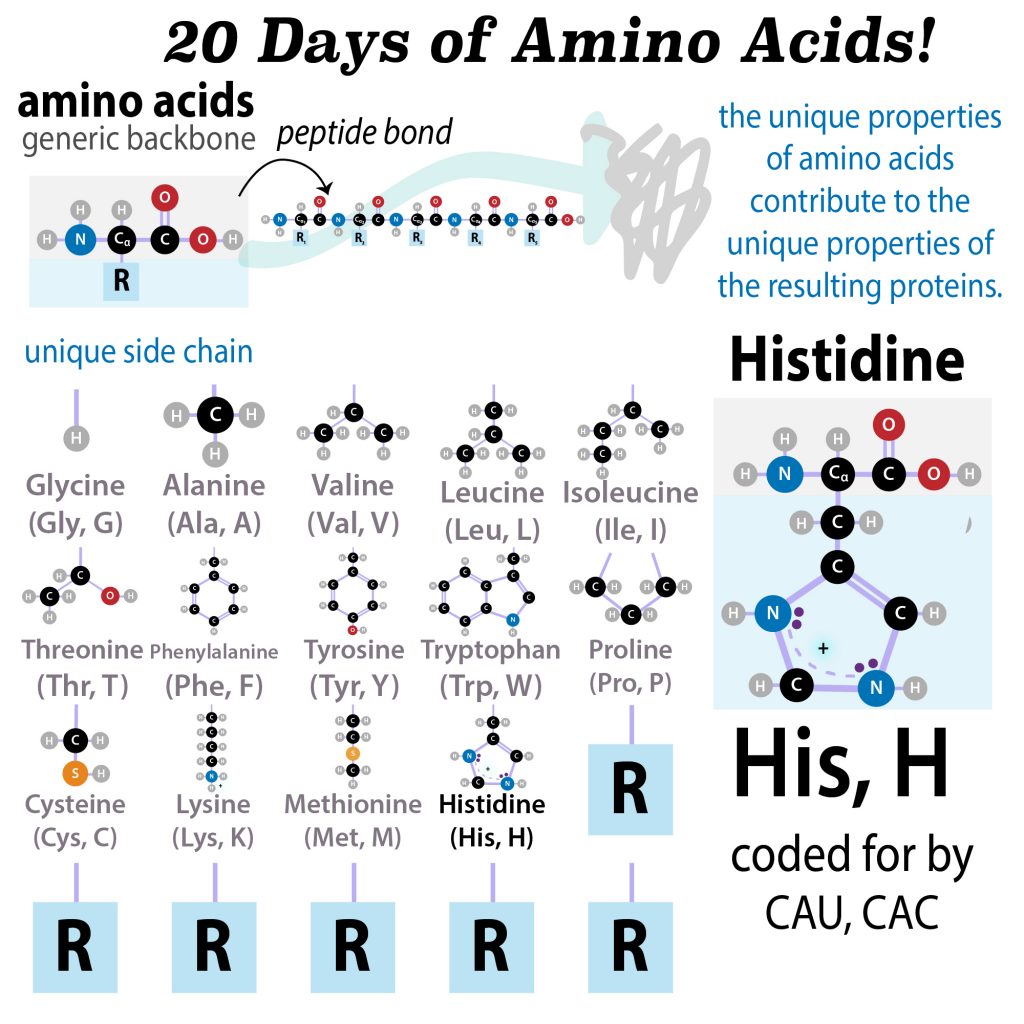 Histidine, immobilized metal affinity chromatography
Today I His-tagged our His-smas tree… HISTIDINE (His, H) may be an amino *acid* but it can also be a 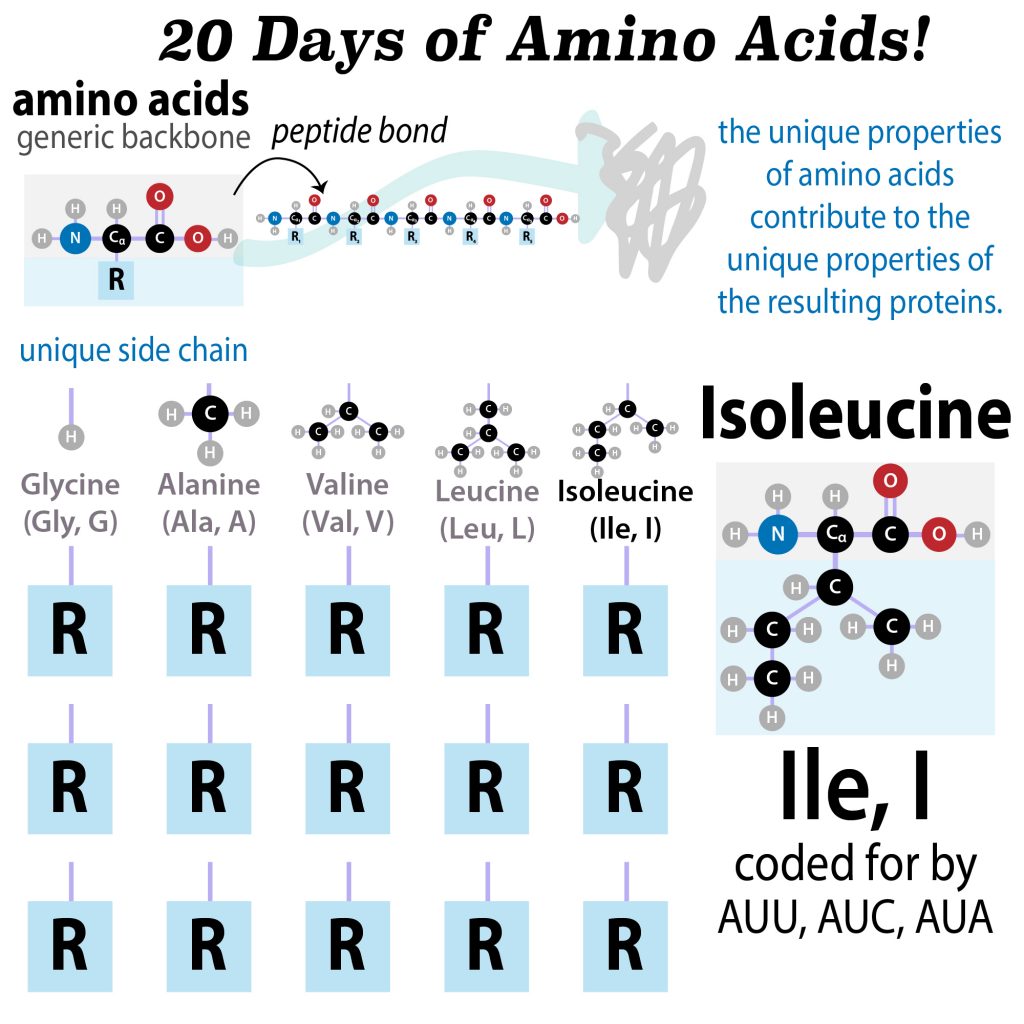 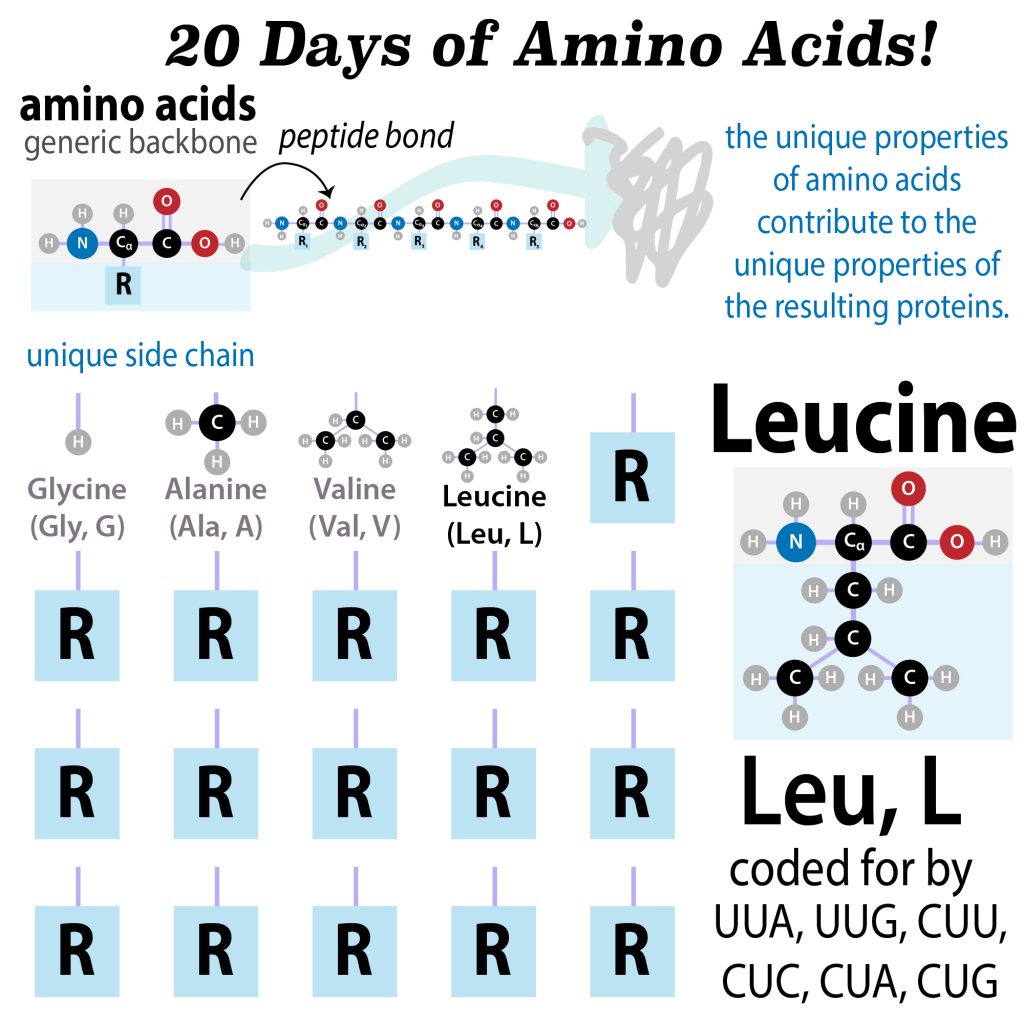 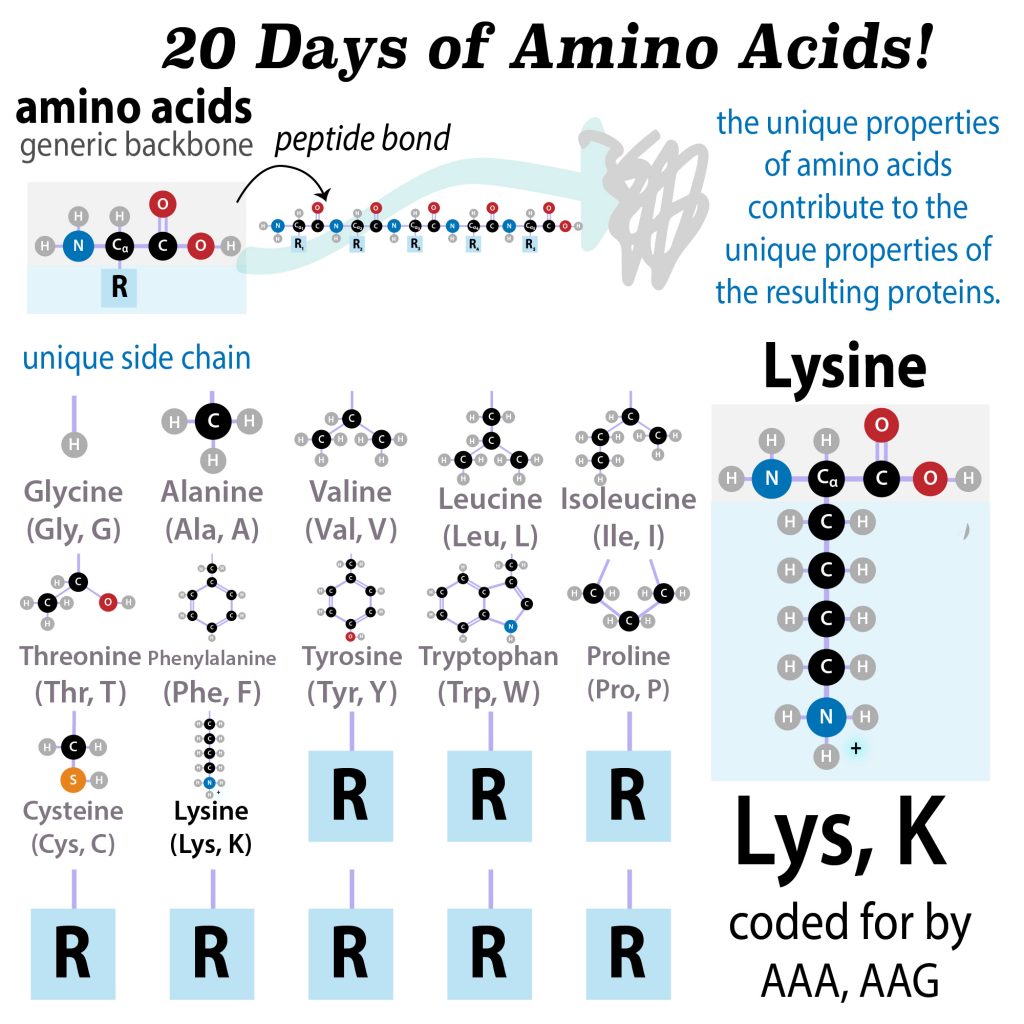 Lysine, Schiff bases
Time to “Schiff base” & talk about the amino acid LYSINE (Lys, K)! Move over Kelloggs, this “K” is way

Methionine, methyl transfers
Before he could be “SAM I am” he was METHIONINE. Have you Met yet? You can find him in green 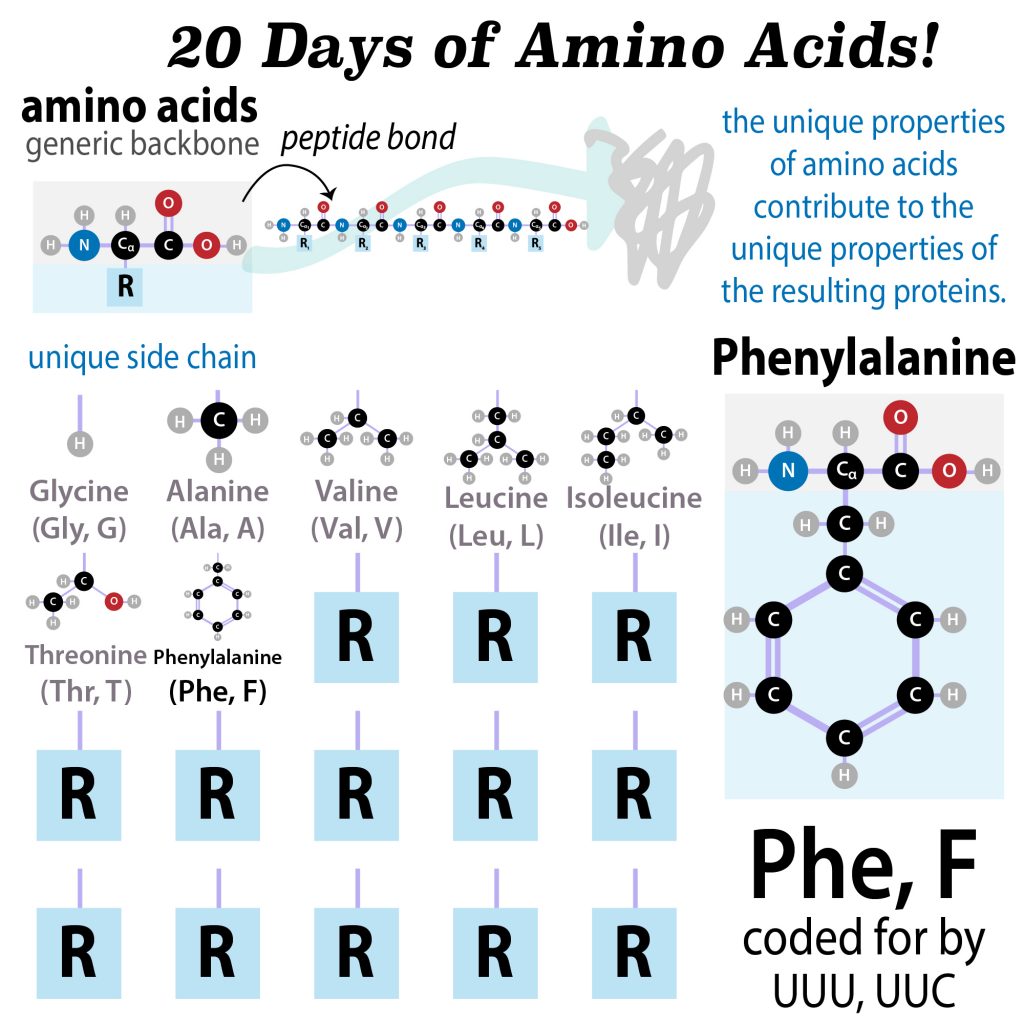 Phenylalanine, aromaticity, hydrocarbons, functional groups, and more!
If you like it then you shoulda put benzene on it! Add a methylene linker and you get PHENYLALANINE. My 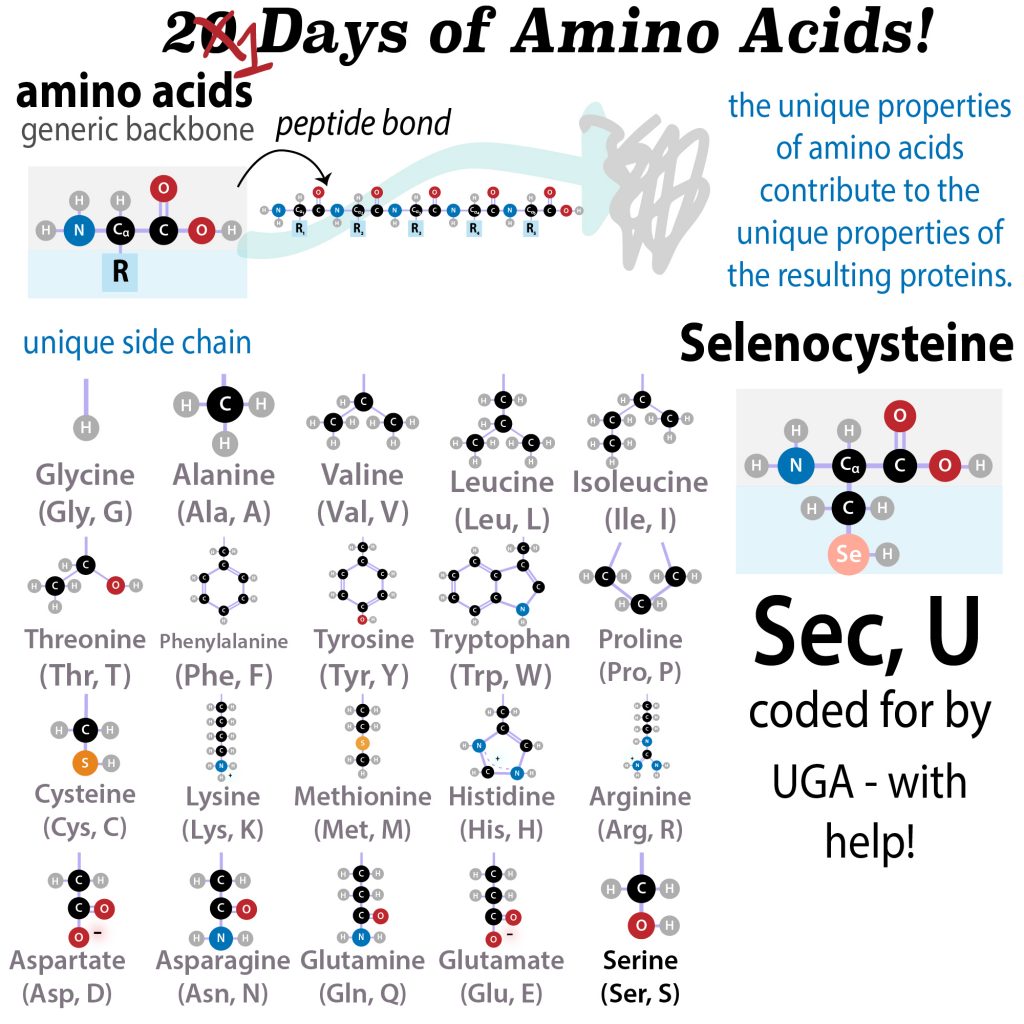 Selenocysteine, selenoproteins, translation trickery
Hey U! Do you have a Sec? SH! Lighten up, it’s not the cysteine chapel! Sulfur vs. selenium may not seem like a 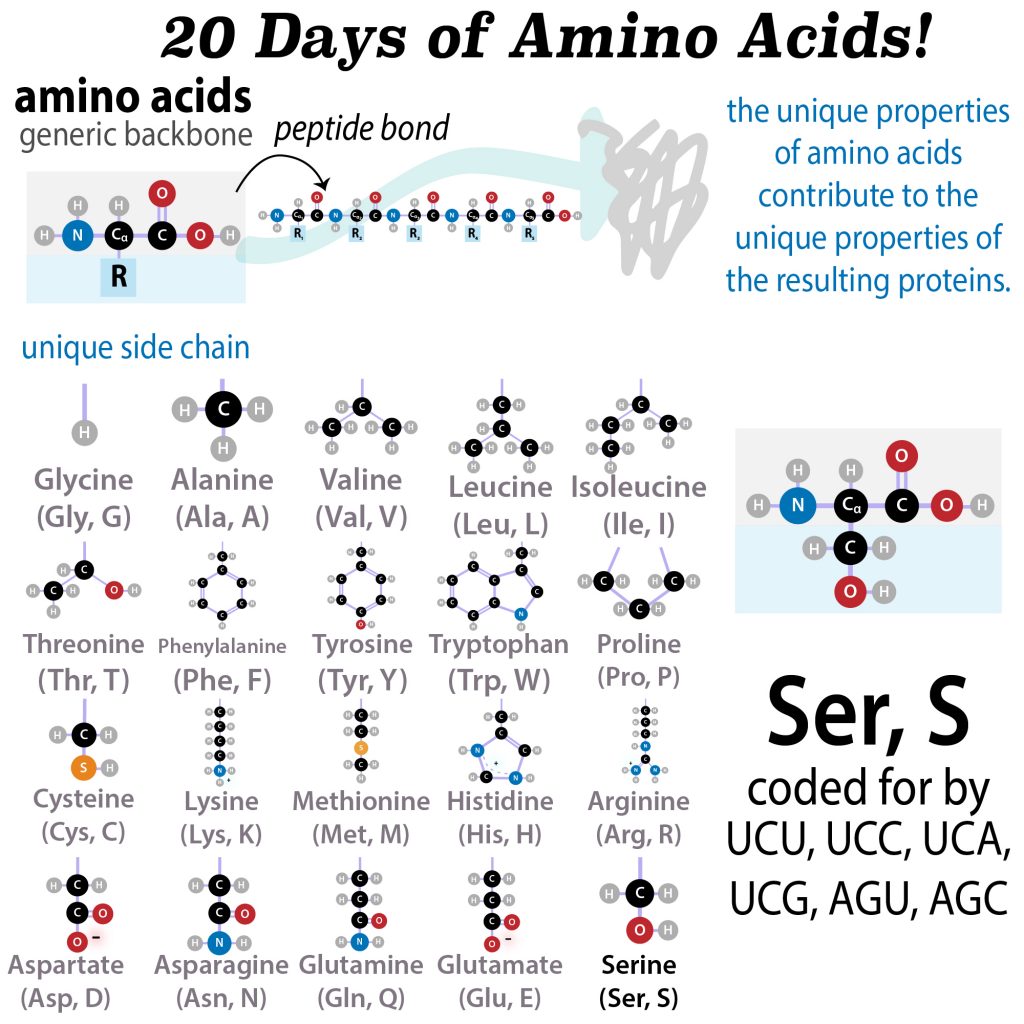 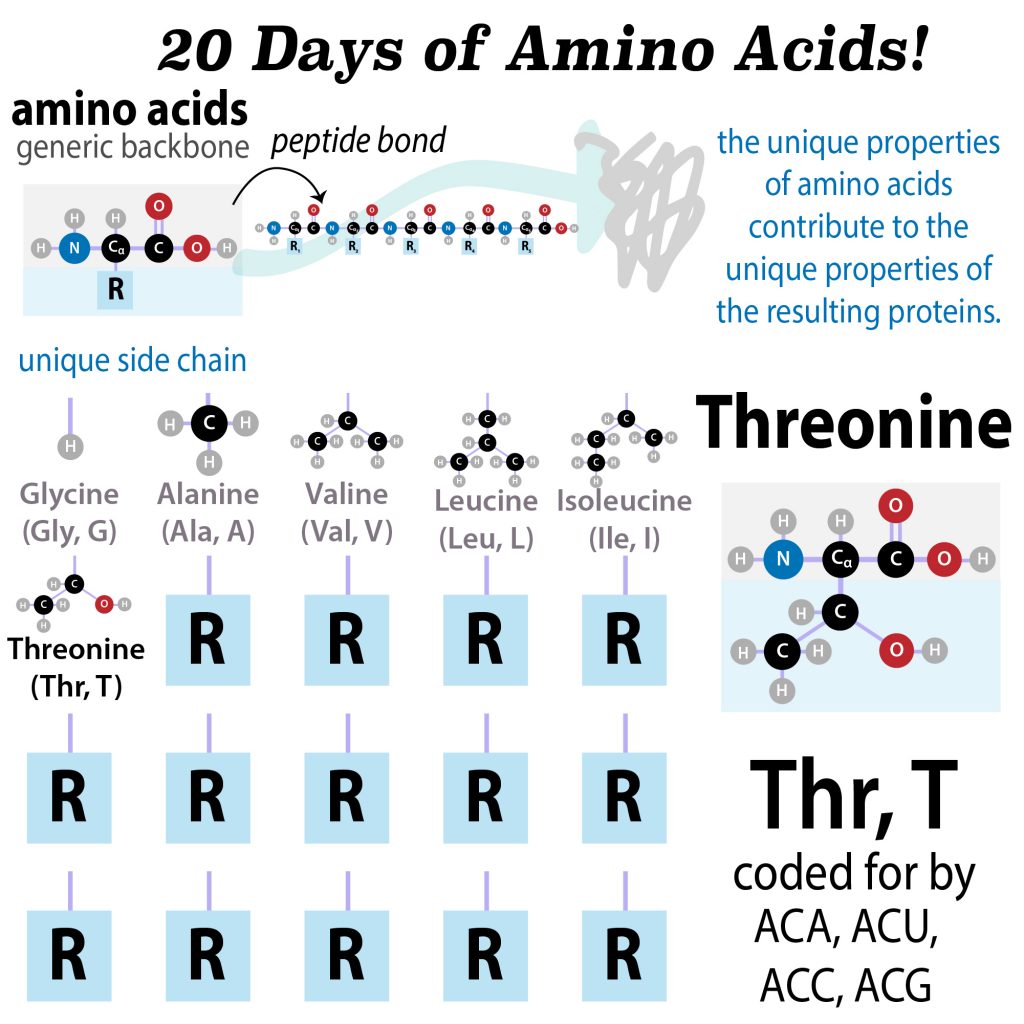 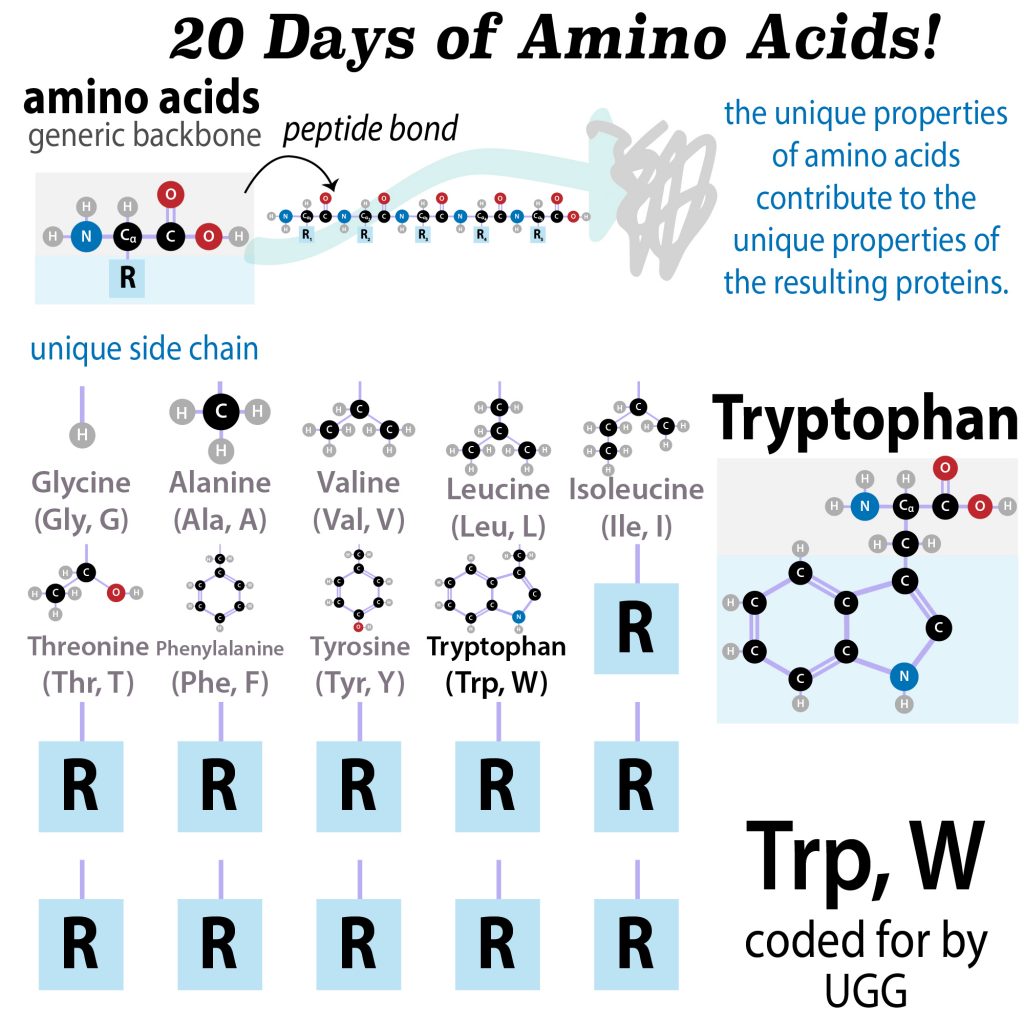 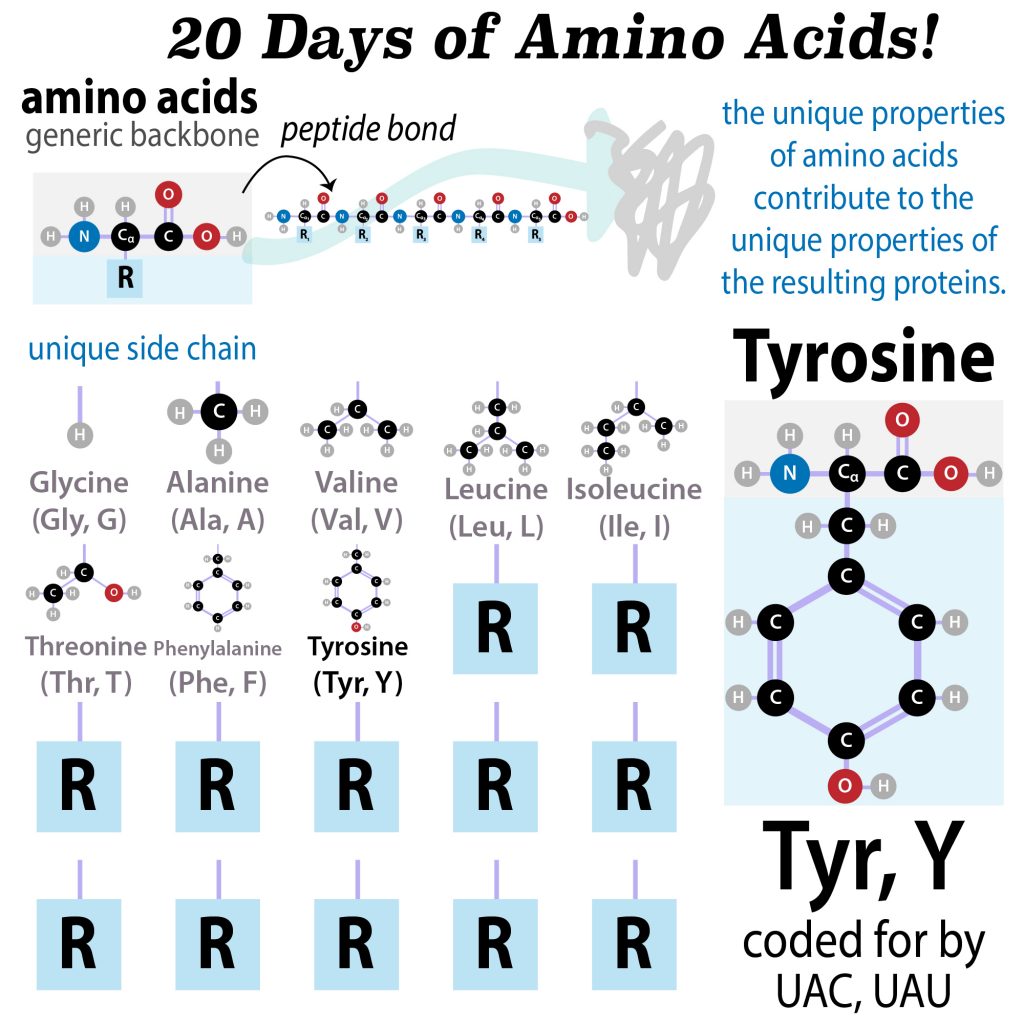 Tyrosine, hormones, neurotransmitters, catecholamines – and what the heck that means
Did you get the catecholamine call? It’s ADRENALINE!!!!!!!!!!  Fight, flight, or flood your friends ‘ ears Friday about finally getting 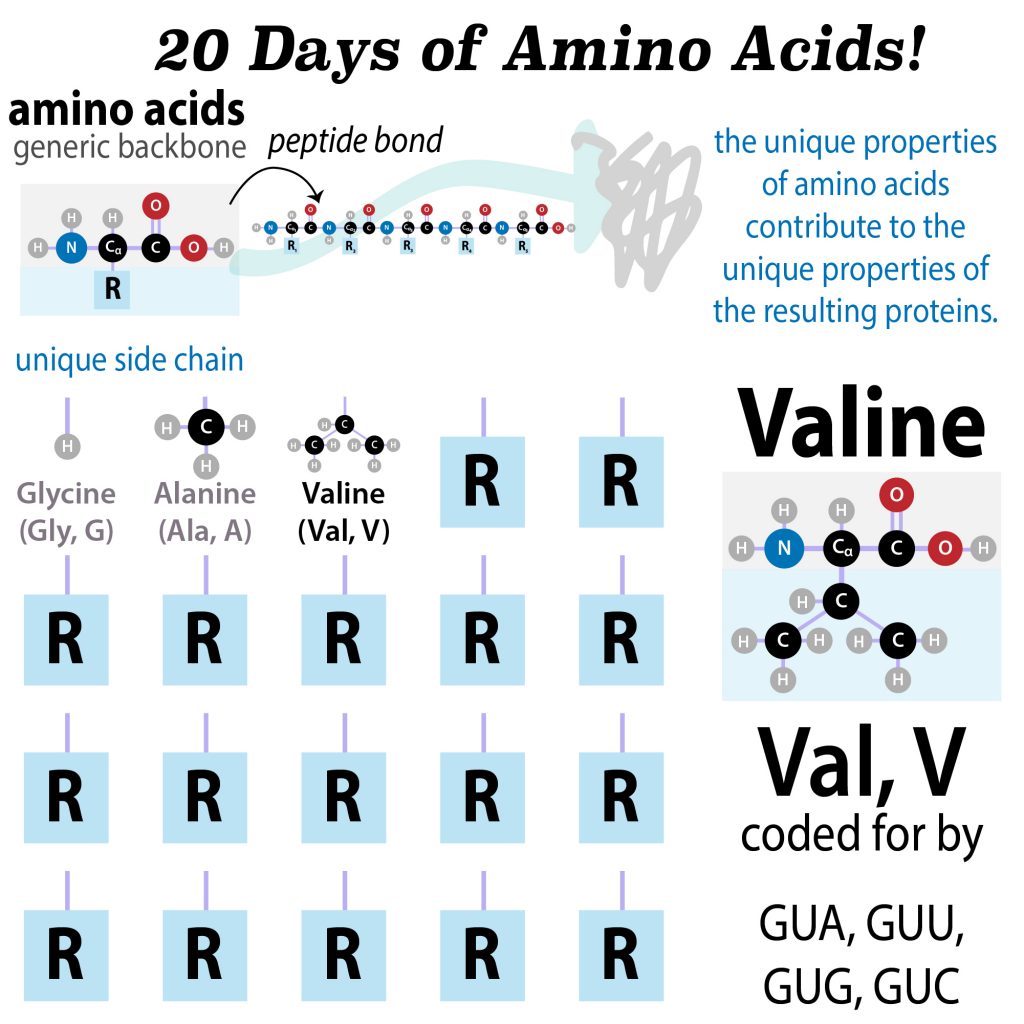 Valine, branched-chain amino acid breakdown
I know it’s not tis *that* season, but would you be my Valine-tine? Today in #20DaysOfAminoAcids, another protein letter to