Arguing about arginine? And what “basicity” means? Today I want to introduce you to the last of the “basic” amino acids – Arginine (Arg, R) – “basic” doesn’t mean they’re easy – and the nomenclature can be confusing – so the bumbling biochemist is here to help try to de-confuse things in terms of what the terms “acid & base” mean in the amino acid case. And then I’ll go into what makes Arg special.

It’s Day 15 of #20DaysOfAminoAcids – the bumbling biochemist’s version of an advent calendar. Amino acids are the building blocks of proteins. There are 20 (common) genetically-specified ones, each with a generic backbone with to allow for linking up through peptide bonds to form chains (polypeptides) that fold up into functional proteins, as well as unique side chains (aka “R groups” that stick off like charms from a charm bracelet). Each day I’m going to bring you the story of one of these “charms” – what we know about it and how we know about it, where it comes from, where it goes, and outstanding questions nobody knows. ⠀

More on amino acids in general here http://bit.ly/aminoacidstoproteins but the basic overview is: amino acids have generic “amino” (NH₃⁺/NH₂) & “carboxyl” (COOH/COO⁻) groups that let them link up together through peptide bonds (N links to C, H₂O lost, and the remaining “residual” parts are called residues). The reason for the “2 options” in parentheses is that these groups’ protonation state (how many protons (H⁺ ) they have) depends on the pH (which is a measure of how many free H⁺ are around to take).⠀

I would always get really confused about why we call the negatively charged amino acids “acidic” and the + charged ones “basic.” So let me try to explain. One definition of an acid is something that donates a proton (H⁺) and one definition of a base is something that accepts an H⁺. Giving away protons is *always* acting as an acid and once something acts as an acid it has to act as a base and take a H⁺ before it can give it up again. So acid and base are 2 sides of the same coin (whose faces we call the conjugate acid & conjugate base), but the coin is “weighted” for different molecules so they prefer different forms.

We can describe how “weighted” they are using pKa, which is the pH at which 1/2 the molecules are protonated, and the “flipping power” is the pH (lower pH (more acidic) means more protons available, helping flip the coin to the conjugate base side). The pKa is the flipping power needed to flip half the coins.

Some molecules, *strong* acids or bases have heavily weighted coins – they really want to give or take a proton and it’s hard to flip the coin back over to give it up again. Other molecules are *weak* acids or bases they go back and forth more easily.

Amino acids are this weak kind. ALL *free* amino acids always have at least 2 chances to do so in their generic backbone, which has an amino group that can exist as -NH₃⁺ or -NH₂ & a carboxyl group which can exist as -COOH or -COO⁻. But when amino acids link together to form peptides and proteins, they do so using those groups. The C gives up an OH & N gives up an H & the “leftovers” are joined amino acid “residues.” Now, only the end residues have ionizable backbones. The N terminus(starting end) has a free amino group & C terminus (ending end) has a free carboxyl group.

But some amino acids have an additional site that can still act as an acid. We call these amino acids “ionizable” because, since a proton comes (or goes) with a + charge, giving one up or taking one will change the amino acid’s charge, and we call something that’s charged an ION (cation if it’s positively-charged and anion if it’s negatively-charged).

If you look at the structure of the “basic” amino acids (Arg, Lys, or His) in its charged version, you’ll see it has an -NH₃⁺. The “extra” H is already there. How can something be a base if it doesn’t have room to take on a proton? It can’t – is *was* a base, acted like one, and gave us the positive form which we call the conjugate acid. Because it “wanted” to act as a base, it did and now it’s an acid. So it can’t act as a base again until it gives up a proton.

On the opposite side of the coin, if you look at the structure of the “acidic” amino acids (Glutamatic acid (Glu) or Aspartic acid (Asp)) in its charged version (Glutamate or Aspartate, respectively), you’ll see it has a COO⁻. Where’s the H? It’s already gone! How can something be an acid if it doesn’t have a proton to give? It can’t – is *was* an acid, acted like one, and gave us the negative form which we call the conjugate base. Because it wanted to act as an acid it did and now it’s a base. So it can’t act as an acid again until it picks up another proton it can give up. Sound oppositely familiar?

So the charged versions we see are the “conjugate” versions. And which version’s actually present at any given time depends on the pH (flipping power) and the coin weighted-ness (pKa). For the basic amino acids, these side chain pKas are: His: ~6.0; lysine: ~10.5; Arg: ~12.5

Physiological (bodily) pH (outside of special compartments) is ~7.4, which is well below the pKa for lysine and Arginine. Lower pH means more protons around, and Lys & Arg’s relatively high skas mean that they really want them, so Lys & Arg are usually positively-charged. Especially arginine. Histidine has a lower pKa which is closer to bodily pH so it exists in neutral and positively-charged forms and can go back and forth between them in order to facilitate reactions http://bit.ly/histidineimac

Arg has several things in common with the amino acid we looked at yesterday, Histidine (His, His). BOTH have “extra” nitrogen atoms in their side chains. Thanks to those N’s ability to use their lone pairs of electrons to snatch up “extra” protons, BOTH can be ➕ charged. And BOTH are able to better handle that charge by delocalizing among multiple atoms, becoming stabilized by RESONANCE. BUT, unlike that of His, Arg’s resonance is NOT in a ring (that is, Arg is NOT aromatic), and it doesn’t have the aromatic system draining electrons and weakening the bond to H. Instead, Arg’s resonance occurs in a GUANIDIUM group (three N/H groups connected to a central C) attached 2 the backbone through a 3-carbon linker.⠀

This R group might remind you of a detergent molecule. With a polar end (where atoms share their shared electrons unevenly leading to partly charged parts) to a nonpolar chain (where atoms share their electrons fairly and there’s even neutrality everyday, so it has nothing to offer water in the way of charged parts to be attracted to), both are AMPHIPHILIC (have both hydrophilic (the polar part) & hydrophobic regions (the nonpolar part)). Arg’s hydrophilic side usually dominates, so Arg’s usually found on surface of proteins, but it can also be found w/the linker buried & the charged end sticking out. This might remind you of our discussion of lysine http://bit.ly/lysineanalysis

Lysine looks a lot like Arg – it can even be positively-charged too, but it only has a single extra amino group and, unlike Arg, Lys’s charge is NOT stabilized by resonance. As a result, it’s more willing to give up H⁺ (act as acid), as evident in its lower pKa. That leaves Lys’ N with a lone pair of electrons & makes Lys a good BASE & NUCLEOPHILE (something that seeks out positively-charged atoms to bond to), so it can participate in cool reactions. more on basicity vs nucleophilicity here: http://bit.ly/nucleophilefiles

What bout Arg? Arg is usually found maximally protonated (and ➕). So it has lots of H’s. It *could* act as an acid & give one up, BUT that charge delocalization makes charged Arg very happy & stable. So it’s a MUCH weaker acid than His (and thus a stronger base). Therefore, unlike His, which exists as a mix of protonated (and ➕) & deprotonated (and neutral) forms at biological pH, Arg won’t give up a H⁺ unless solutions are VERY basic (i.e. high pH, meaning low H⁺). As a result, R is reliably ➕ & well-suited to interact with ➖ molecules, such as the phosphate groups studding nucleic acid backbones, making it great for protein-DNA interactions.

Its breakdown (catabolism) products are also really important. It serves a key role in the urea cycle which helps get rid of extra nitrogen (when you break down amino acids, even the ones with nitrogen only in the backbone, you have to get rid of the nitrogen responsibly, and the urea cycle provides a way to pass it off from molecule to molecule and release it as urea in your pee instead of the more toxic ammonia). The urea cycle, depending on where you enter, requires a lot of pass-offs and arginine is the “last step” – an enzyme called arginase helps it break that nitrogen off a urea (this also leaves you with a molecule of ornithine, which can continue picking up nitrogen and cycling on and one).

Another breakdown product of arginine is nitric oxide (NO), which serves as a signaling molecule & VASODILATOR (something which makes blood vessels expand to lower blood pressure). You get this product if NITROGEN OXIDE SYNTHASE (NOS) converts Arg into citrulline(which can do things like serve in the urea cycle or be used to make more Arg) & nitric oxide. The reaction involves 2 “monoxygenase” steps – first it converts arginine to N-hydroxyarginine (NOHA) & then it cleaves that to NO & citrulline. The reaction requires NADPH & oxygen.

Arginine is considered “conditionally essential.” Healthy adults can make their own (like by recycling that citrulline with the help of argininosuccinate synthetase & argininosuccinate lyase), but doing so is energetically costly. Preterm babies & rapidly growing people can’t keep up with demand and thus need to get it from food.

Arg was discovered in 1886 by Schulze & Steiger from lupine seedlings, with the name coming from the Greek word for silvery-white because of the color of the crystals he isolated. 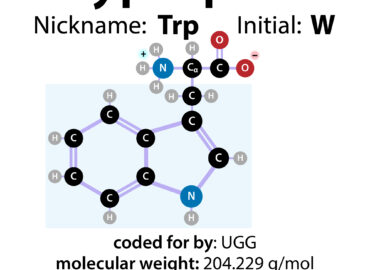 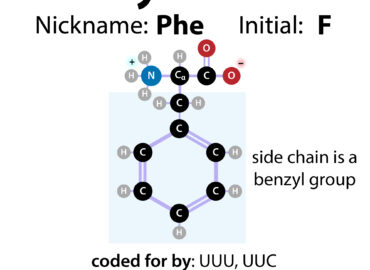 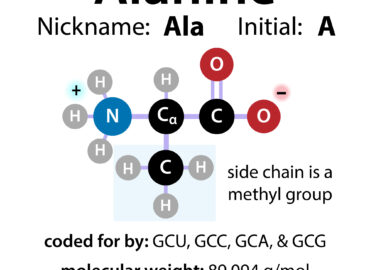